Star Wars has probably never had a character as cute as Baby Yoda. It’s no surprise that Baby Yoda toys are going to be a success. The adorable character from the hit Disney+ TV show The Mandalorian has captured the hearts of millions.Baby Yoda also known as “The Child” or “Yoda Baby” who has certainly created a lot of Awww’s with viewers every moment on screen and some are even referring to the series as the “Baby Yoda Show”.Fans have been searching across the internet for Baby Yoda Toys. Hasbro has been set to release the toy but unfortunately wasn’t available on time for Christmas but available for pre-order.

Pundits are already saying this toy may be the next “Tickle Me Elmo” which was a toy release in 1996 which was sold out and created a shopping frenzy where two women were arrested in Chicago for fighting over the doll.

If you’re looking to buy a Baby Yoda toy the following products might interest you.

The following 6.5 inch Baby Yoda action figure released from Hasbro’s Star Wars Collection is sure to melt your heart. Known as The Child, this toy is suitable for children four years and older. This toy is going to be so hard to get your hands on you may want to hire a bounty hunter to get your own. Just kidding, you can order them directly through Amazon. 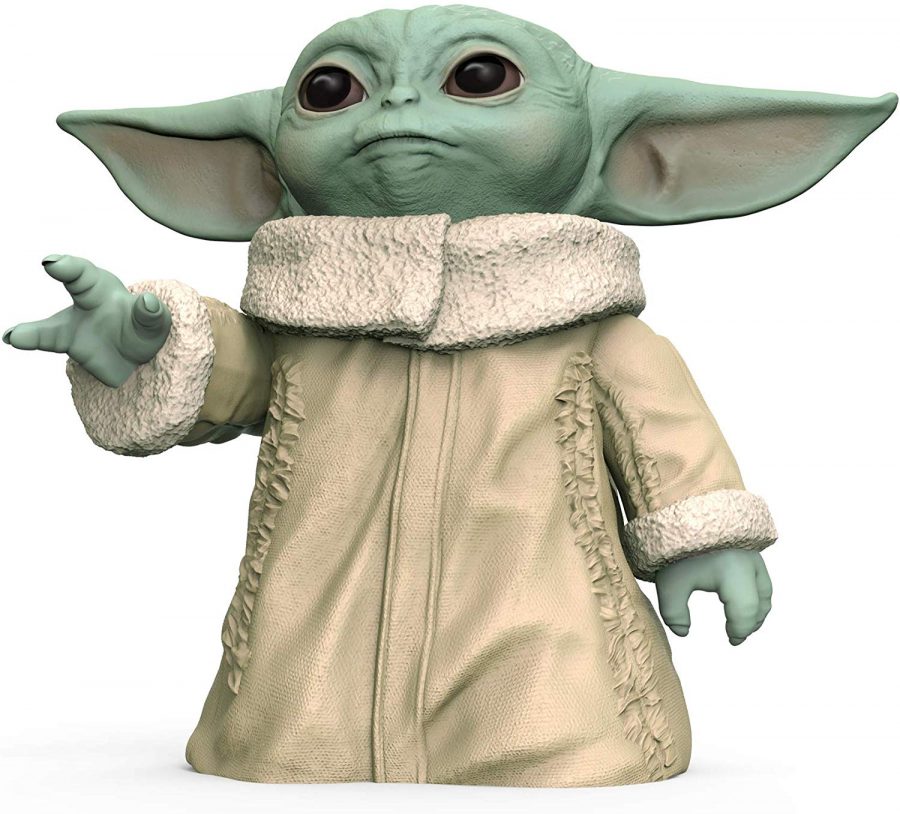 In episode 3 of the The Mandalorian, Baby Yoda just wanted to play with a part of Mando’s shifter. Eventually even Mando couldn’t help but reward The Child with the ball to play with.

While The Mandalorian was busy scrapping with Cara Dune, Baby Yoda watches on while sipping his soup. 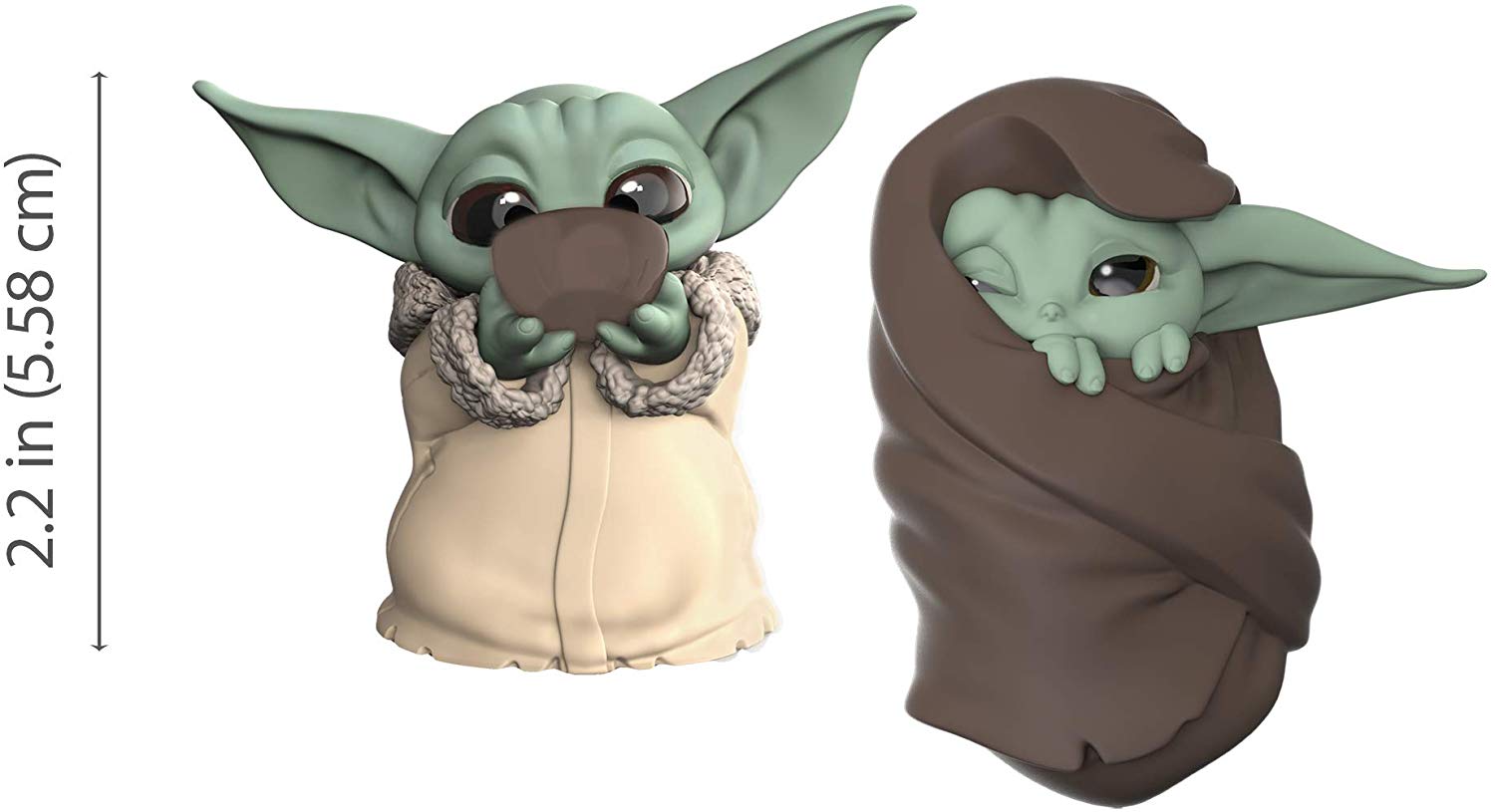 Who can forget when Baby Yoda gobbled up a frog that almost his size. 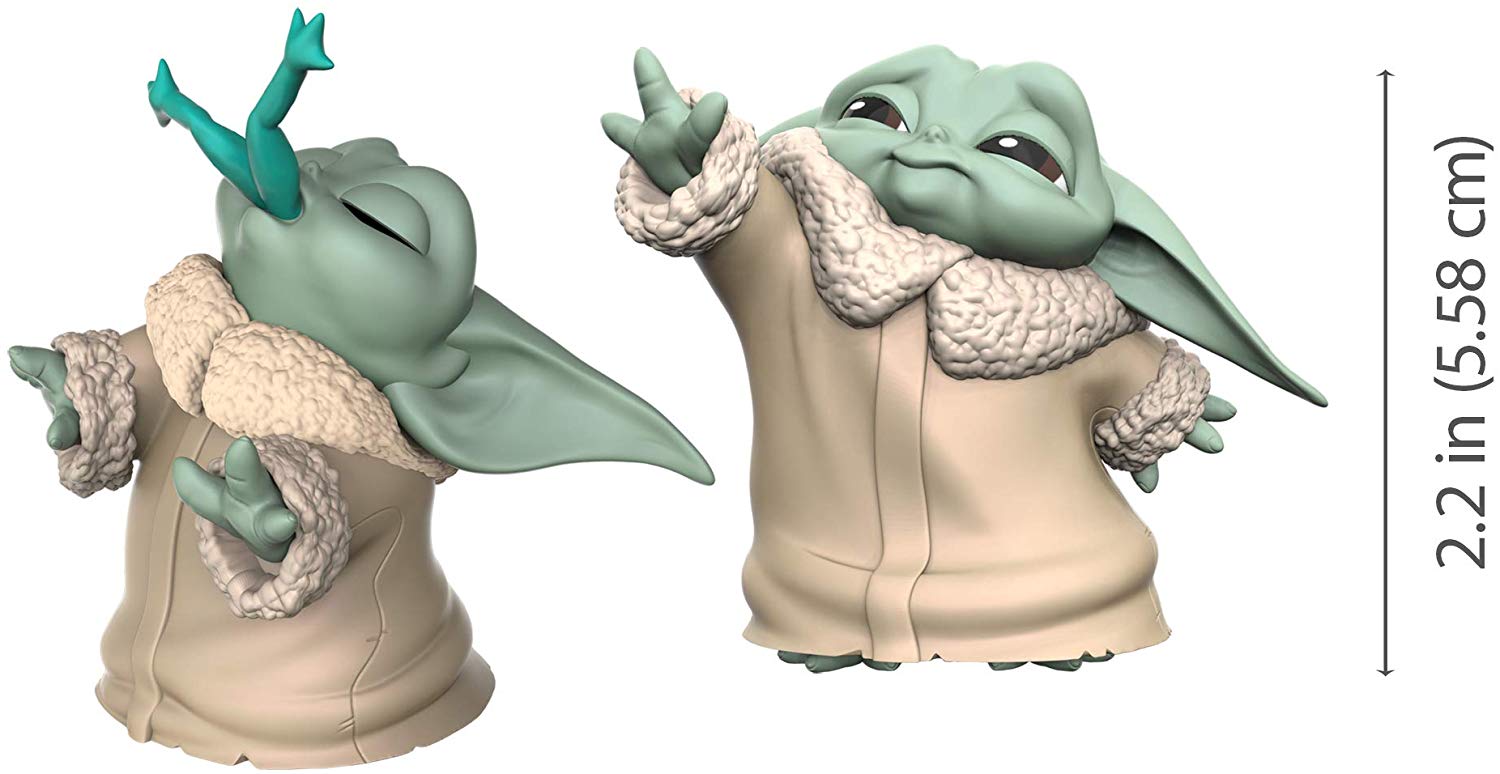 This tiny little Baby Yoda collectible is for children four years and up. However adult Star Wars or Baby Yoda fans will definitely want this in their car or on their work desk. 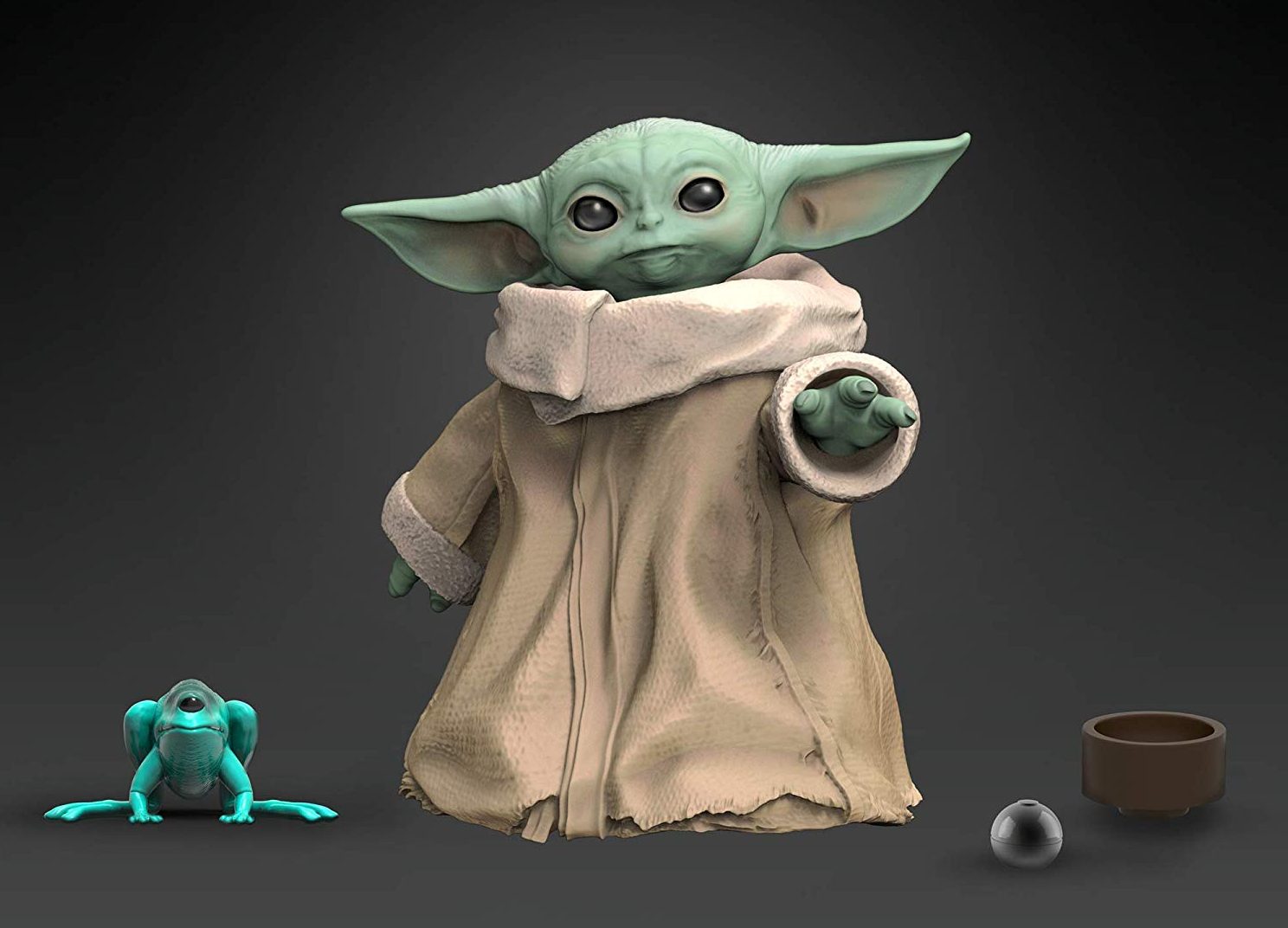 While these action figures are the only current products released by Hasbro, there is not doubt we’ll be seeing many more Baby Yoda Toys that will be available as large plush toys, mechanical and other Star Wars action figures.

Who is Baby Yoda?

Although his name is not really Yoda, he earned the name as he is the same species as the original Yoda. In the The Mandalorian he has been referred to as “The Child” and in the final episode of the season he was referred to as “The Foundling” by Yaddle.

Baby Yoda is 50 years old however their species is know to age extremely slowly and become extremely old as we’ve learned from Return of the Jedi when Yoda died at the age of 900.

So far we know that Baby Yoda’s species is naturally inclined to have the force. We’ve seen him raise his tiny little hands several times in the series when he levitated the giant mudhorn, has healing powers, briefly choked Cara Dune like Darth Vadar and created a force field to block the flame thrower and reversed the direction killing the Storm Trooper. Let’s face it, he also has the power to make audiences to gush.

It’s clear that the Guild is looking to kidnap Baby Yoda and possibly harness his powers for their own bidding.

Coupon Into your inbox